This study aims to determine betung and black bamboo's compressive strength due to termites attacks. The research was conducted at the materials test lab at Universitas Negeri Jakarta and Bogor Agricultural University from 1st October 2016 until 30th January 2017. This research method based on ISO-22157:2004 was using the direct testing of compressive strength in the materials test lab. This research used two kinds of bamboo, betung and black bamboo, which amounts to 40 samples. Each bamboo has 20 samples. By the position, each from the base and middle section has ten samples. While each for the treatment by termites and with no termites has five samples. Based on the research result, it can be concluded that the average of the compressive strength value for the betung bamboo from the base and the middle section that given termites have decreased rather than the bamboo that not given termites 14% to be 6%. In comparison, the black bamboos in the middle section have the same decrease on the average of the compressive strength value with the betung bamboo 9,2% to be 23%. But, black bamboos on the base section have the otherwise where the average of the compressive strength that given termites greater than the bamboo that not given termites 3,6% to be 0%. That matter can be caused by termites' attack absences on the base section of the black bamboo samples. In terms of losing weight, all samples lost the weight 6,8% to be 5,5%. This matter happened because the termites attacked the bamboo. But, the bamboo that termites do not attack also can lose weight and can be caused by other factors such as weather (heat and rain) and fungus 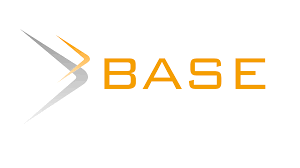