The potential for land movement in South Tapanuli Regency included in the high hazard potential. South Tapanuli Regency is in an area with a high elevation, and the region is in a large fault zone of Sumatra and high rainfall. The purpose of this study was to determine the spatial distribution of landslide vulnerability in the South Tapanuli Regency. The method used in this study is a qualitative descriptive survey and using the landslide vulnerability method with parameters: natural factors and management. The analysis used in this study is an overlay of predetermined parameters and weighting. The results showed that the area of ​​South Tapanuli Regency divided into 4 (four) landslide hazard classes, which were slightly vulnerable, somewhat vulnerable, vulnerable and very vulnerable with an area of ​​183 km² or 4.20%, 825.66 km² or 18.95 %, 2,092.58 km² or 48.04% and 1,254,253 km² or 28.78%. And the most dominant is the vulnerable class. For the vulnerable class, there are only a few weak areas, namely in the District of Muara Batang Toru, precisely in the villages of Lumut and Janji Maria. For class vulnerability, it is somewhat vulnerable to dominate almost all of Batang Angkola and Muara Batang Toru and South Angkola Districts around Tolang Jae village. For the vulnerable class, Rawan dominates in the Districts of Batang Toru, Sayur Matinggi Sipirok, Aek Bilah, and Saipar Dolok Hole. And for the vulnerable class, it is very vulnerable to dominate in the Districts of Marancar, Sipirok, Ass, and South Angkola. 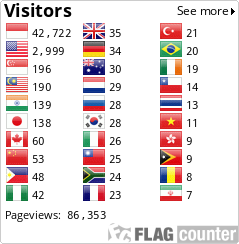