The purpose of this study is to get in-depth understanding of the code-mixing: (1) based on the form of code-mixing, (2) the functions of
code-mixing, (3) factors of code-mixing and, (4) effect of code-mixing. The method that used in this research was content analysis method (content analysis). The approach that used was a qualitative approach. Research steps was (a) reading intensively and repeatedly novel to be studied, (b) make a record in the form of abstraction or description of any sentence that experienced code-mixing in the novel, (c) identify the aspects contained in the purpose of the study and (d) the analysis and interpretation of data. Results of the data analysis of this study was, there were as many as 353 code-mixing. From the data, the researcher found 276 code-mixing was a form of the word element, then looping back said as many as six words, phrases such as mixed code 61, code-mixing in the form of a clause as much as two sentences, and code-mixing in the form of idioms as many as 1 time. Then mixed code based functions include; to affirm a specific purpose as much as 29 times, to explain / define certain words back 16 times, to show the identity / being educated as much as 53 times, to respect the hearer as much as 119 times, and to meet the needs of lexical much as 75 times. While the code-mixing based on the factors researchers found; identification of the role as much as 58 times, the identification of varieties as many as 135, the desire to explain, interpret and clarify as much as 24 and as many as 75. Further limitations lexical latter is due to code-mixing. Researchers found that as a result of codemixing is interference languages. 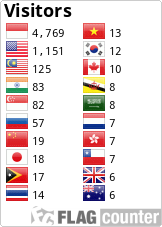