The forest fires that occurred in the entire month of September 2015 was quite considerably disturbing many public activities in Borneo and Sumatera. The smoke which is caused by forest fire has negative impact for the surrounding environments, one of them is reducing horizontal visibility. Meteorological stations in Borneo and Sumatra recorded the lowest visibility occurred on September, 8th and 9th 2015 at average range was 100 m. Based on information of BMKG (Indonesian Agency of Meteorological, Climatological and Geophysics) noted that during the month of September 2015 there was a distribution of hotspots which indicates the occurrence of forest fire cases. This research is aimed to determine the potential of distribution of smoke by satellite imagery of Himawari 8 to reduce its negative impacts. By using this method that is by comparing the hotspot distribution data from BMKG with false color RGB image product (1 visible channel and 2 near infrared channel) along with trajectory of smokeâ€™s distribution by utilizing application of GMSLPD SATAID. The distribution of smoke can be seen as an image with the brownish pattern which partially covered the area of Borneo and Sumatera. The result showed that the smokeâ€™s distribution by the result of RGB imagery well-matched enough with the hotspotâ€™s distribution data from BMKG, which the smoke almost covered most area of the western of Sumatera and center of Borneo. In this case also supported by the trajectory of smokeâ€™s distribution which is derived from southeast-south and spread to the northwest-north in the researches area. By using the observation data from chosen meteorological stations showed a similar result with the above method. Thus, it can be assumed that by using satellite imagery of Himawari 8 is quite capable to discover smokeâ€™s distribution caused by forest fires case. SPEKTRA: Jurnal Fisika dan Aplikasinya allow the author(s) to hold the copyright without restrictions and  allow the author(s) to retain publishing rights without restrictions. SPEKTRA: Jurnal Fisika dan Aplikasinya CC-BY or an equivalent license as the optimal license for the publication, distribution, use, and reuse of scholarly work.

SPEKTRA: Jurnal Fisika dan Aplikasinya is licensed under a Creative Commons Attribution 4.0 International License.
You are free to:
Share â€” copy and redistribute the material in any medium or format
Adapt â€” remix, transform, and build upon the material for any purpose, even commercially.
The licensor cannot revoke these freedoms as long as you follow the license terms. 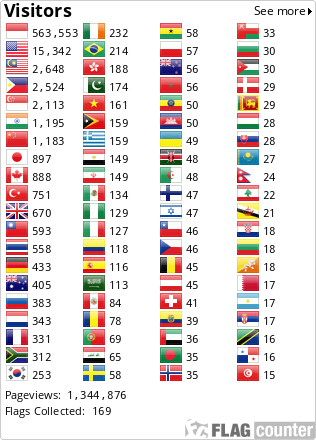