North Central Timor District has two courses and training institutions run by the community. This amount has not changed from since 2007. Whereas according to Central Bureau of Statistics of East Nusa Tenggara, North Central Timor District Regency until 2015 has 22,450 units of motorcycles. That means North Central Timor District requires more than two courses and training institutions to overcome the problem of motor. In addition, from the observation, the existing condition of courses and training institutions also does not qualify as an educational institution. Though the district is famous for the spirit of â€œTogethernessâ€ which put together, in the same lightweight principle carried, the same weight be borne in various activities. However in reality, the business activities of the community die. What exactly is the designation of â€œTogethernessâ€ spirit in North Central District of Timor? To answer that question, in May 2017 was conducted research using an open questionnaire data-collection tool. Questionnaires were distributed to 25 respondents. From the results of the analysis of respondentsâ€™ answers found the answer that, open a new business, only a priority to six after the needs of marriage, education, garden cleaning, harvest, and death. The reason, opening a business can take advantage of government facilities. In addition, opening new business direct profits is limited to certain people only. Results not necessarily can be enjoyed together. Moreover, the priority tendency above it is an important priority. Although not all of them, for the community. Despite some objections to the issue, in fact, opening a new business is not a priority to the â€œMa Top Ma Fitâ€ spirit, in the district of North Central Timor. 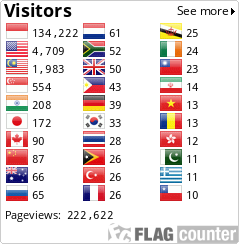